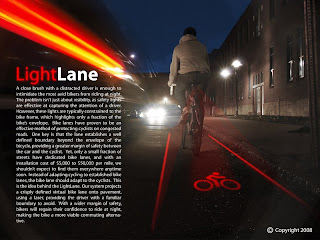 A friend sent this post to me...I've noticed it on several other blogs. The first came from here.
Posted by Buzz Commuter at 10:54 PM

WOW very impressive. I would start riding my bike again if they where to set up a system like that over hear in the east bay,of CA.

I hope to her more about this.